Ashes to ashes, or, burning out on the mountain top. 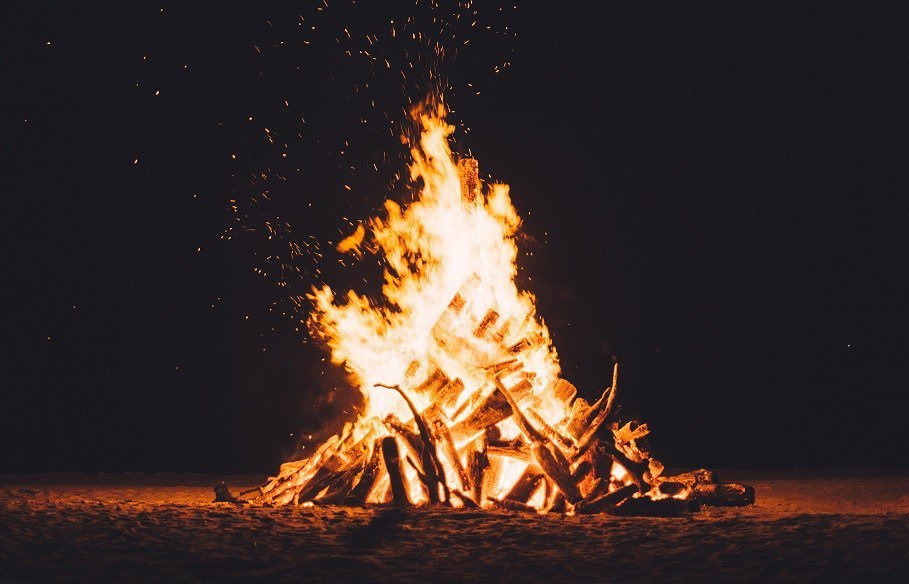 So how did I just up and leave one of the most successful software companies in the world where I was selling their (arguably) best and fastest growing product? What would drive me to do such a thing?

Honestly, what I thought was a great opportunity (and it was! still is- for somebody), turned out to be my nemesis.

I started at VMware in April 2016 as a Senior Systems Engineer for vSAN. It’s a killer product. It’s revolutionizing storage for virtual environments. I was so jazzed to be on the team (thank you, Peter Keilty, Noel Nguyen, and Parag Patel, for believing in me). I wanted to trumpet it from the mountaintops “YOU NEED THIS!!” I took to social media with a fire in my belly (in a good way), eager to evangelize and convert the unknowing. I covered MI, IN, OH, KY, and Western PA. I drove everywhere, spreading the good word, convincing folks that THIS is the storage product they needed. And I convinced them. Successful sale after successful sale, I kept adding to the W column. I was riding high, life was good. I got to present at VMworld on vSAN best practices (lifetime goal achieved! Thank you, Ron Scott Adams), and I spent countless hours studying the product, learning everything I could about it, making sure my customers knew how to make vSAN scream in their environments.

And because I was doing so well and the wins kept racking up, VMware was willing to take a chance on me. When a position opened for a Global vSAN SE, I threw my hat in the ring, and they accepted.

I was in the big leagues now, helping customers with tens of thousands of hosts, data centers around the world, and (what I hoped) the crème de la crème of system engineers and administrators (boy was I wrong there, but more on that later).

My travel grew exponentially, and I spent more and more time on planes and in airports. My customers were all over the country, NYC to LA, MN to TX. I established relationships and worked to understand massive environments and their particular challenges. I spoke to engineers, managers, directors, C level execs. I was doing it, making it happen, working for the win. A couple customers had dc’s and teams in Ireland & Northern Ireland. I flew across the pond to teach them just how awesome vSAN can be. Amazing country, wonderful people, I can’t wait to visit again, this time minus the workload.

For 2018 my quota was fifteen million. That’s a big number. I was stressed and the pressure kept building. I started hitting roadblocks- customer architects and engineers who didn’t understand how to use vSAN, who designed it poorly, and blamed VMware when it didn’t perform. I felt like I was beating my head against a brick wall, trying to get them to understand their errors. They pushed back, telling me I “didn’t understand their environments or challenges.” That really pushed my buttons – self imposed arbitrary constraints that hamper design and performance are anathema to me.

I had thought that at the Global level I would be working with the best and brightest the IT world had to offer. The IT world responded – “nah.” What I found were profoundly unhappy people stifled by bureaucracy, afraid to make changes for fear of being singled out and blamed, living in fear that their precariously designed systems would break. Of course they’ll break. If you don’t bring availability and recoverability into the design, how do you expect your infrastructure to be available or recoverable? Basic tenets of IT were being ignored by some of the biggest orgs in the world. I won’t name names, but it was bad (probably still is). At best, the middle managers I interacted with were ambivalent. At worst, they were malevolent, actively working to undermine their peers but maintain their own unblemished silos. At the top of the management stack decisions weren’t made on technology or benefits to the org, they were 100% coin based. I could feel dismay and anger building.

[Quick disclaimer: Not all orgs were like that, some were really, really good. They give me hope.]

And then one day it happened. After five and a half months traveling M-F (and sometimes S if a plane was delayed/cancelled) for work, I lost it. I woke up in a hotel, not sure where I was, where I had to be, or what I was supposed to do. I sat on the edge of the bed and said “fuck this,” over and over and over to myself. I needed a break. I had to step back. I could give you details of being a mental and emotional wreck, but that’s not how I am. sorry/not sorry. Let’s acknowledge it happened and move on. I realized I had to get away from work. My body was in such bad shape from travel, and my head was in such a negative place, that I scheduled spinal fusion surgery to fix my body and give my mind rest. That’s messed up. I was willing to get cut open to get some time at home. Talk about wrong motivations.

I did it anyway. For 90 days I hurt like mad, but worked to get back to normal (physical therapists would have been torturers in a different era). The surgery was successful, I worked my rehab hard, and there was a lot less turmoil in my head. I felt cool, ready to jump back into work.

When I returned, within my first week I was told by management that four onsite meetings a week were now required. My blood pressure immediately went through the roof. When would I be home? When would I play with my kids, help them with schoolwork, cook dinner for my wife, all the things that I had become re-accustomed to the last three months? By the end of that meeting I knew I was done. I wasn’t going to do that to my family, and I wasn’t going to do it to myself. Sorry, VMware. Unfortunately the company I had started with sure as heck wasn’t the same company when I left, and the recent SABU diaspora lends credence to my theory.

You see, in my blind rush to achieve, I had missed what my actions were doing to those who really love and care for me- my family – and the time I spent at home during surgery and recovery made me realize it’s better for everyone if I’m at home more than 6.5 – 8 days a month. The kids are better behaved, the Mrs. is happy to have her partner back. Life’s less hectic. I don’t want to freak out when a customer left fields me anymore, I just take it in stride.

I’ve started a new gig as a Principal Solutions Architect at Rolta Advizex, where I’m grateful for the opportunity to keep myself local, and man, is it great being home every evening. Maybe when the kids are grown I’ll go back to world traveling super IT guy, but for now, I’m chill. Heck, we even got a new puppy at home. I’m getting my 1.5 hours a day of walking just keeping her exercised. Life is good. Oh, and that quota of $15,000,000? Yeah, I made it. But it really wasn’t worth it.

Anywho, keep watching the blog as I’ll be posting about not just vSAN & HCI, but all the cool new infrastructure/automation/dev ops toys I get to play with coming back to the consulting space! I’ll see y’all here, or on twitter- @jcefidel. Peace.

3 thoughts on “Ashes to ashes, or, burning out on the mountain top.”

This site uses Akismet to reduce spam. Learn how your comment data is processed.